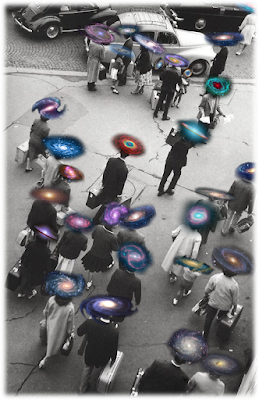 ¿Do you know how and why Lunar Eclipse of next friday is affecting us?


Learn what we should take into account and what to avoid during this time.

The first thing to be taken into account is to accept that all processes that occur in Space manifest themselves in the same way within us, since "We are a Universe in itself". Understanding our existence and relationship with the Cosmos as an upside down tree, whose roots are affected by the Universe as a whole, while the top of the tree is the Earth. The fruits are us and, therefore, always will be affected by the phenomena that are taking place in the universal context, especially those stars whose energy directly affects the Earth and, in the same way, to us. Whatever our path, we are all a tiny part of Everything. 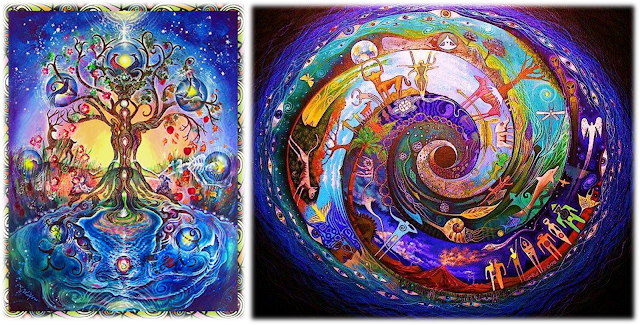 In the following video, we can perfectly understand our amazing connection and unavoidable relationship with the Universe, as well as its similarities with the composition of our body. Macro and Micro Cosmos: 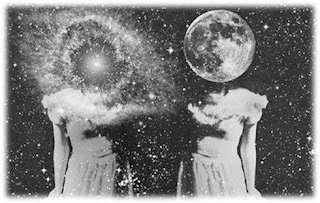 The Moon is the nearest celestial body to Earth and, therefore, its energy affects us to a greater extent. The element of the Moon is water. For this reason, we can appreciate the influence it exerts on the masses of water that exist on Earth. 70% of the human body is made up of water. And, our mind (intellectual power of the soul or our cognitive abilities) is composed entirely of water. The water currents are in motion at all times ... All the elements in the Universe have energy and that of the Moon affects that of the mind, infuencing directly on emotions and thoughts and these, in turn, on our behavior. Therefore, the Moon and its energy have a psycho-emotional effect on people.

This is the name given in India to the first full moon night after the summer solstice (usually in July), and this year it is celebrated on July 27. "Purnima" means Full Moon and "Guru" is our spiritual growth teacher. Although, on this date, who is usually honored is the teacher´s figure, we also take into account the people we consider our masters in life, including our parents. This date is associated with Ved Vyas, perhaps the most important sage in Hinduism, since he edited the 4 Vedas (primary source of knowledge and wisdom of Hindu philosophy) and wrote some of the most important texts for Hindus. For this reason he is considered the "Master of Masters", using this day to venerate those who encourage us to grow spiritually.

3.       What is special about this Lunar Eclipse?: Grahan Yoga and the longest eclipse of the 21st century 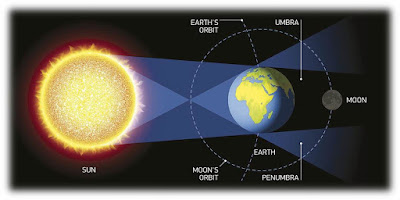 To understand the importance of all this reality, we must first understand our situation in the Universe and get rid of our egocentricity (visualizing ourselves as the center), by accepting the immensity that surrounds us and the energies of amazing dimensions that inevitably affect our existence.

At astronomical level, on July 27, two phenomena will take place: Full Moon and the longest lunar eclipse of the 21st century. During a lunar eclipse, the Earth is between the Sun and the Moon in the same plane, with a perfect alignment. The reddish tone that it gets during the moment of the totality of the eclipse (absolute darkness) is due to the same atmospheric phenomenon (Rayleigh Scattering) that takes place during the sunrise or sunset. The Moon does not radiate light by itself (it shines because its surface reflects the sun's rays), so at the time of the eclipse, in which the Sunlight does not have any influence, we see the Moon with that tonality. For this reason it is called "Blood Moon".

The following video explains what is an Eclipse, the "Blood Moon" and why eclipses do not occur every month:


In Vedic Astrology, this Full Moon is called Guru Purnima and the Lunar Eclipse is called Grahan Yoga. Yoga means in Sanskrit result or union of two or more energies. Grahan Yoga is the union of lunar energy with the energy of one of its two nodes, in this case that of Rahu. This energy of Rahu absorbs that of the Moon, blocking the great power that it uses to have when it is full.

The phase of the total eclipse will last 1 hour and 42 minutes, starting from 19:30 hours (UTC) to 21:13 hours (only 4 minutes below the longest possible eclipse). The most intense moment of the eclipse will take place at 20:21 (UTC). These 103 minutes make this eclipse the longest and most powerful of the 21st century.

In the following link you can know the moment of the eclipse and its phases in your time zone (UTC):
https://www.timeanddate.com/eclipse/map/2018-july-27

5.       To what extent these astronomical will affect us? 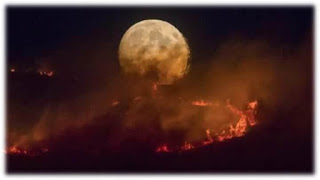 Most likely, you are already feeling and realizing difficult and intense behavioral patterns, both individually and in others: more stress, oscillating states of anxiety that can be combined with depression, mental blockages, inability to analyze in depth the messages or irrational impulses generated during a conversation, misunderstandings, anger, frustration or general confusion. Therefore, the best way to understand and accept the situation is, first, by increasing our level of consciousness and, second, trying to remain calm and seek silence, not only with others (actions), but with ourselves ( thoughts). Try to avoid sensorial stimuli that could disturb even more this situation: Use less your senses and try to go inwards... Of course, the level and intensity in which this event affects us is not the same for everyone. It depends on our natural tendency, personality, context and mental situation.

Although the eclipse has a specific duration of few hours, the effect it produces on us will remain for much longer. Everything that is done at the time of the eclipse, especially during the 103 minutes the total eclipse lasts, has a multiplying effect. Therefore, our conscious and analytical state must be present at all times to avoid feeling, thinking or acting with a negative impact, understanding all this as a challenge we have to face. It will be easier if we interpret this situation as a "game" of overcoming those challenges through the understanding and acceptance of these manifestations of energy in our emotions and thoughts. 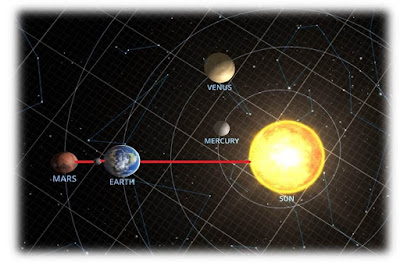 Astrologically speaking, who rules the planetary energy these days is Mars. This excess energy created by this and other planetary positions directly affect the Earth, having an impact on us, resulting in aggressiveness or anxiety, generating challenges in our mind that affect our behavior through personal relationships like family or partner. Understanding that the bigger the challenge, the greater the reward, as long as we are aware and know that we must reverse that hard energy by generating the opposite effect, a positive one.

This will be a tough eclipse, in which emotional instability will trigger hard situations, challenging constantly our mental strength and balance. Therefore, we should keep calm and being aware, understanding that this month, the Moon (our mental states) is under huge pressure.

You can know the current situation of the planetary position in the Solar System at the following link:
https://www.solarsystemscope.com/ 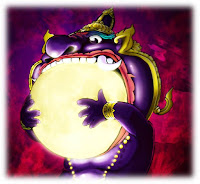 After understanding the context in which the Earth is located at the astronomical level and how it affects us astrologically, we must first accept this situation and its effects as a reality. The pressure Rahu will exert on the Moon during the eclipse is being noticed for many days. Likewise, we must avoid this energy, which will peak during the eclipse, to affect us to a greater extent, first entering in our mind and then expressing itself through our behavior. Everything that is coming inside us during this time, whether on a physical, mental or transcendental level, will be affected by Rahu, and its effect will remain for much longer. We must prevent the energy of the eclipse from penetrating us.

The following guidelines should be taken into account during this time, especially during the eclipse. 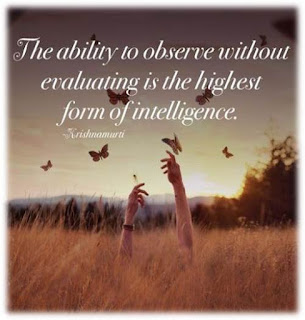 What really matters is to create a state of consciousness and analysis, understanding the context in which we find ourselves and accepting the situation as a challenge to be faced in the best possible way. The force that reaches Earth from space during this time is causing a fiery energy. Therefore, we must generate situations that promote the opposite energy, increasing restraint and temperance, avoiding further increase this general exaltation. We must, then, understand that the effect Rahu causes on the Moon is a blockage of its energy, which is blocking it from radiating its power. Our mental state and, therefore, emotional and intellectual condition, will be affected in the same way.

At the physical level:

·        Fasting totally or partially: ingest only liquids, especially water and/ or milk (this is especially during the eclipse).
·        Dress with white or raw colors (to attract and increase the absent energy of the Moon).
·        Stay close to natural currents of water (rivers, seas ...).
·        Before and after the eclipse, take a bath. If we have the opportunity to do it in a river, much better.
·        Do not keep food already cooked. We eat that energy that has been moved during the eclipse impregnated in the food, so that food should not be eaten. 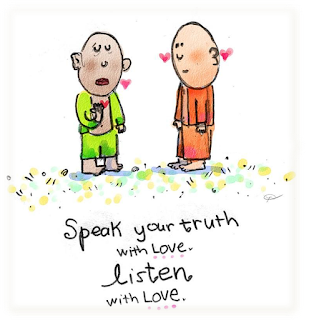 At the Mental level:

·       Overcoming the intellectual and emotional challenges that are arising these days, especially during the time of eclipse and prevent them from manifesting in our behavior.
·       Understanding that it is a circumstantial situation, not permanent.
·       You should donate clothing or other black or dark objects on Saturday morning.

·       Try to keep quiet, avoiding generating conversations (social) or thoughts (personal).
·       Keep ourselves in a constant state of consciousness, analyzing without judging the processes that are happening.
·       Keep awake during the time the eclipse lasts.
·       Promote self-control and calmness.

At the Spiritual level:

•          Pranayama  for control and mental balance (reduction of stress and anxiety):
Chandra Bhedi Pranayama.
Yogic Breathing (taking your breathe to your lower abdomen).

•          Mantra Japa: chanting the same mantra at least 108 times in a row. If we already have a personal mantra, we should chant it, otherwise we can chant Shiva mantra or Moon mantra (Chandra mantra):

•         You can put Tilak (mark made of paste of certain materials) of sandalwood or white in the third eye or forehead (our spiritual center) and in the navel (our existential center) to block the dark energy that can enter during the eclipse. 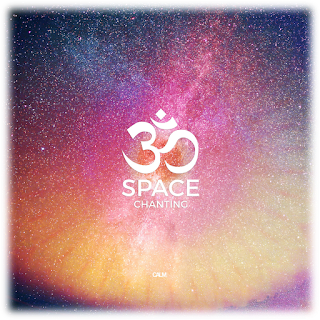 After the highest peak, which will take place during the eclipse, the Moon will be released little by little, although the effects will last for much longer. And do not forget that, during this time, all our actions and, especially, thoughts will have a multiplier effect. Therefore, generate positive energy. And remember that ... "The unexamined life is not worth living"...

"All life is the result of energy and thus, we have a choice as to what energy we use in what we do, say and how we think".

*We apologize for possible errors made in translation.